As per our first post on this subject, we continue to answer some of your most pressing questions about alstroemeria.

Are Alstroemeria Annuals or Perennials?

Alstroemeria are tuberous perennials with deep, thick roots and are repeat flowering plants that grow back every year.

They are able to do this even though the stems die over winter as the roots remain healthy, allowing the plant to regenerate the following year.

Which brings us nicely on to the next question:

Alstroemeria are not just perennials, they are considered ‘hardy perennials’.

As long as the roots are established and deep enough (usually around 2 years after planting) alstroemeria are capable of surviving intense frosts – at times down to -50C.

However, we recommend that you mulch them in their first winter.

Alstroemeria form in clumps and the roots will proliferate and spread as time goes by. You will never be short of alstroemeria in the garden because of this. One of the many reasons we love them!

To spread the love more evenly you can divide them every two or so years.

What Diseases can Alstroemeria get?

Alstroemeria do very well in pots and the shorter dwarf varieties are particularly suitable.

All our alstroemeria plants are sold in 9cm pots, ready to be potted on into larger pots. They will grow quickly, easily filling a 3-litre pot within 6-8 weeks in growing season.

And there you have it!

If you still have questions that are going unanswered, please feel free to let us know on one of our social media platforms. 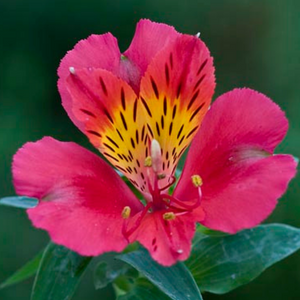 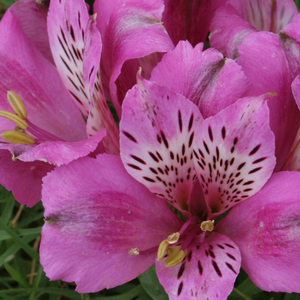 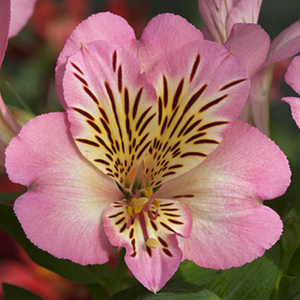 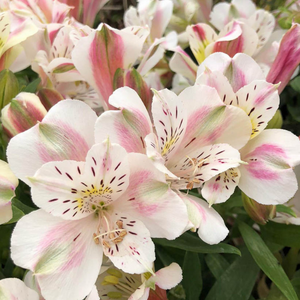 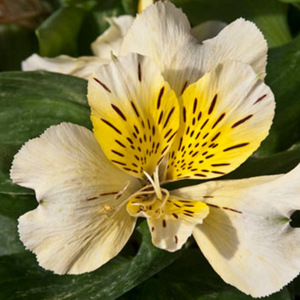 Can my alstroemeria and my pets be friends?

Do I need to leave my alstroemeria in my will?

Ok that last one is a bit of a stretch. But that can be true for some flowers! Like peonies!

In this two-part series we’re answering some of the questions you may have about alstroemeria. Perhaps it’s a bit of a mystery plant to you? Are you intrigued by it and want to get to know it better?

The short answer is no.

The longer answer is that despite their lily-like appearance and being known as Peruvian Lily and Lily of the Incas, alstroemeria are not true lilies. They belong to the Alstroemeriaceae family and grow wild in South America.

Why is my Alstroemeria Dying?

Here are some possibilities:

Why are my Alstroemeria not Flowering?

Too much shade may be the problem. Or the pot they’re in may be too small. As we learnt in the previous point, alstroemeria need their space!

Also, the way you harvest the flowers matters. Yanking rather than cutting encourages more vigorous growth.

Why are my Alstroemeria's Leaves Turning Yellow?

Again, not enough sunlight could be the culprit or even too much water. Otherwise, check your soil’s PH level. It should be no more than 7.

At a restaurant and presented with some lovely alstroemeria decorating your meal? Rather keep enjoying them with your eyes and not your mouth. Eating them may lead to stomach upsets for some people.

Can my Pets and my Alstroemeria be Friends?

As established earlier, alstroemeria are not lilies. And while lilies can be dangerous for your furry friends, alstroemeria are very friendly. There’s a chance they may get a bit of an upset tummy from eating them but if you need to leave Fluffy and Felix alone with your alstro, rest assured they’ll all be just fine.

Deers love lilies. But now that we know alstroemeria are not true lilies you can be sure they'll be safe around these dear creatures.

We hope this helped clear up at least some of the mysteries - knowledge is power!

And keep your eyes peeled for part 2 coming soon... 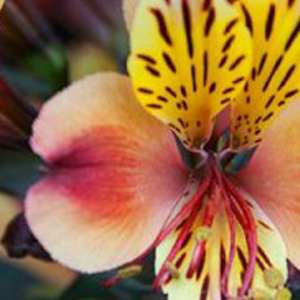 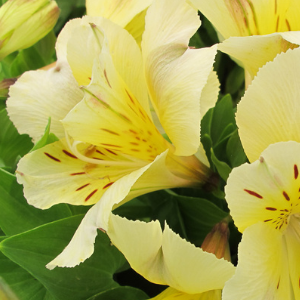 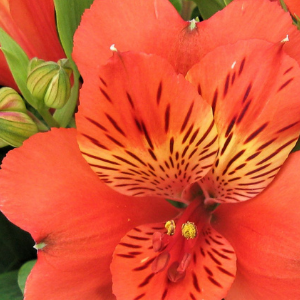 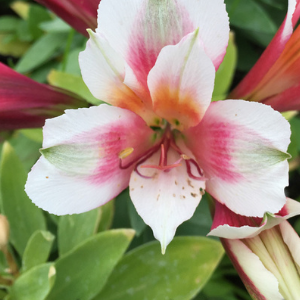 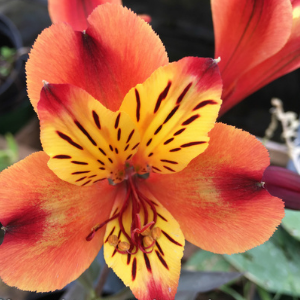