They most definitely are the party animals of the garden with their happy faces dressed up in a roar of delightful hues from white, yellow, orange and bronze, to pink, red and purple as well as bi-coloured. They just love blooming, jiving about with their flowers throughout the whole of spring and summer. From May to September!

Despite their lily-like appearance and being known as Peruvian Lily and Lily of the Incas, alstroemeria are not true lilies. They belong to the Alstroemeriaceae family and grow wild in South America under extremely varied conditions - from high up in the snow-capped Andes down into the damp forests and dry deserts along the coast. Some have become naturalised in the United States, Mexico, Australia, New Zealand, Madeira and the Canary Islands.

First grown in Peru, Brazil and Chile, they were named after Baron Clas Alströmer who collected these seeds from Spain and brought them over to Europe.  Alströmer was a Swedish naturalist and student of the distinguished botanist and classifier Carl Linnaeus. From 1760 to 1764 he traveled throughout Southern Europe, collecting plants for Linnaeus. According to The Linnean Society of London, Alströmer sent a box with a list of plants numbered 1 to 243 from Spain on 6 September 1760.

An interesting and unusual characteristic of Alstroemeria’s leaves is “resupination”. This originates from the Latin word “resupinus” which means "bent back with the face upward". So their leaves twist 180 degrees from the base as they unfurl and what we see as the upper leaf surface is in fact the lower surface.

Alstroemeria is a genus of around 60 species of herbaceous perennials and modern hybrids originating primarily from the Aurea, Ligtu, Pelegrina, Pulchra and Violacea species.

There are more than 200 hybrids and cultivars of Alstroemeria available, some popular varieties being “Apollo”, “Friendship” and “Inticancha ‘Dark Purple’”.

The first new varieties were bred by plant breeder John Goemans, becoming known as 'the father of alstroemeria’. He was the first in the world to grow Alstroemeria commercially under glass, introducing the first Alstroemeria variety specifically intended for glasshouse growing in 1959. He had a whole collection by the mid 1960's leading to Alstroemeria becoming one of the major glasshouse grown cut flower crops in the world today. John Goeman's company 'Parigo' was taken over by Alec White of Primrose Hall Peonies in 2018, where the growing and breeding continues.

They are a popular choice because of their comparatively long vase-life (up to 2 weeks) and have a long, prolific flowering season.

You’d be forgiven for mistaking Alstroemerias for orchids as they can be divided into two main classifications: orchid-type and butterfly-type. This describes their flowering habits.

The orchid-type is mostly used for cut flowers. They have 3-5 months of major flower production in the spring, with little or no flowering during the rest of the year.

The butterfly-type are more suited as potted plants. They will flower for 9-12 months each year, depending on the cultivar and environmental conditions. Butterfly types have shorter growth habits and larger, more open flowers than the orchid-type.

The varieties we sell include the original British bred Parigo, the Colorita (Princess), Inca and Planet series as well as the Inticancha collection. We’ve sorted them into Short, Medium and Tall varieties as well as the types that are best as cut flowers or containers, so you’ll know exactly what to look for depending on your needs.

Which Alstroemeria is your favourite? 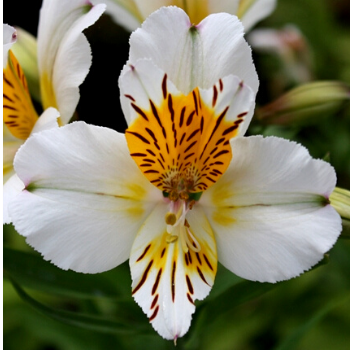 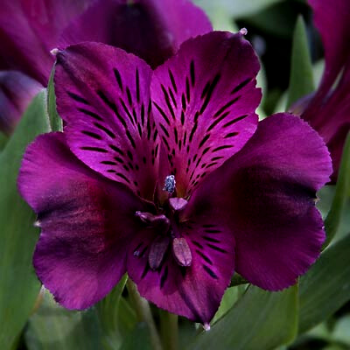 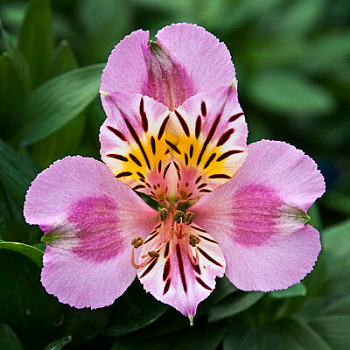 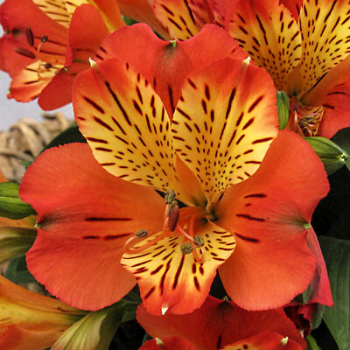