Remember those happy alstroemeria dancing in their rainbow colours in the summer breeze only a few months ago?

Now all is a-slumber in your wintery garden. Everything covered in white icy fluff.

You may have last seen your Alstroemeria blooming away up until October which feels like an age ago now. But thanks to the long flowering season you can expect to see some flowers popping up come March/April already, so it's not much longer to wait now.

But perhaps you’re wondering what your alstroemeria are up to while they’re not busy flowering and if there’s anything you need to do to help them along.

Well, with alstroemeria’s being perennials, dying back in winter, they need a period of cold weather in order to stimulate shoot growth, so you can rest assured they are doing their thing underground.

Let’s look at what you can do to support your alstroemeria during this period of hibernation so they can spring exuberantly out the ground when the time is right!

Although the alstroemeria varieties we grow are garden winter hardy, withstanding soil temperatures as cold as -10°C, it is a good idea to mulch new plants well for the first couple of winters while they are establishing. This ensures they are protected until they have grown up enough to stand on their own two feet (or many roots).

It is best to apply a thick layer of leafy or peat-free mulch in Autumn. Read about our peat-free policy here. Composted bark is also a good option. Make sure to leave about a 5cm gap between mulch and stem otherwise they may get a bad case of root rot.

Keep your potted alstroemeria indoors after September when the frost could start appearing outdoors.

You can move them to a location that is free of frost for the winter, such as a sheltered porch or greenhouse. This is because the roots are more exposed to low temperatures when in pots than they are growing in the ground.

Amazing how in spite of being seemingly more exposed, being in the garden bed is actually warmer. Just shows – nature knows best!

Alstroemeria have tuberous, fleshy roots so they require sheltering and good drainage. This will prevent the compost getting too soggy with the winter rains which can also cause the dreaded root rot.

Water lightly but frequently.  The compost should dry out on the surface between watering.

If you take good care of your alstroemeria in these ways, when the days start lengthening those shoots will start flowering prolifically.

Once flowering begins, mature hybrids will keep producing flowering shoots until the soil temperature rises above 15°C for extended periods.

What varieties do you have in your garden that you’re looking forward to seeing in flower again? 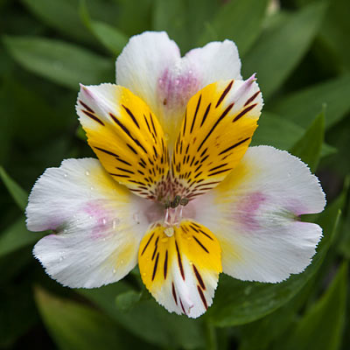 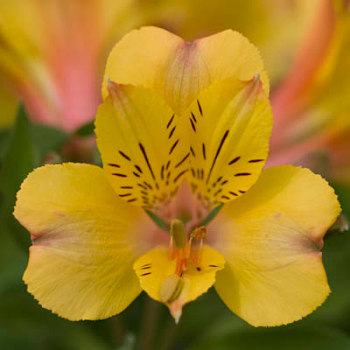 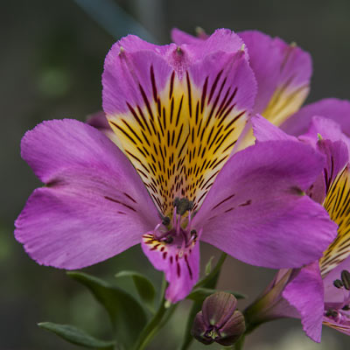 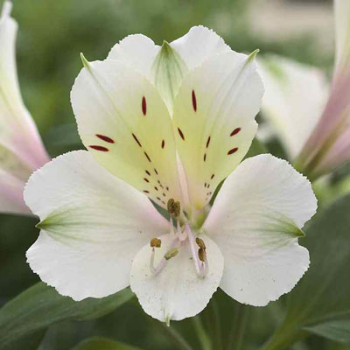