Cut Flower Alstroemeria – Grow Your Own!

What’s better than having a fresh bunch of alstroemeria on your dining room table every week?

Knowing they came from your own garden, that’s what!

That’s just one reason growing your own alstroemeria cutting garden is a great idea.

Why Grow your own Cutting Garden

There are many reasons to have your own alstroemeria cutting garden:

How to Plant ‘em

The alstroemeria plant varieties we grow are garden winter hardy. However, for the first couple of winters while they are establishing it will be best to mulch them well to make sure they are protected until they are big and strong enough to get through the winter without any assistance. Mulching helps prevent weeds too.

How to Pick ‘em

As mentioned above, there is a specific way in which to “pick” alstroemeria. So even though it’s traditionally called a “cutting garden”, when it comes to picking, you won’t be wielding secateurs with your alstroemeria.

That said, it is best to wait until at least one summer has passed to ensure your alstroemeria’s roots have taken hold in the ground and cannot be dislodged before employing the “tugging” method. Until then, you can still have fresh flowers by cutting them instead (with those sharp secateurs).

Otherwise, here is the preferred “tugging” method and other tips:

Last but not least, sit back and enjoy gazing at them with a cup of tea.

Your eyes and mind will thank you. 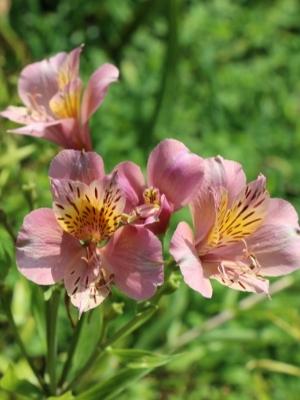 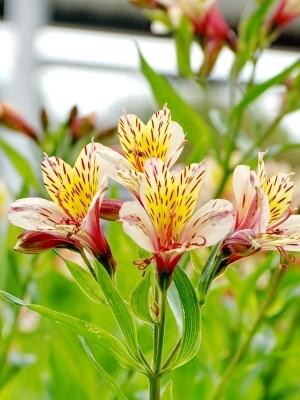 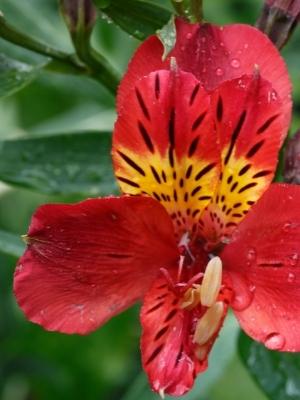 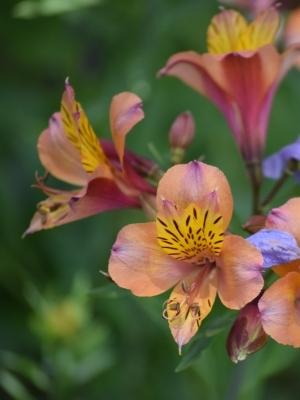 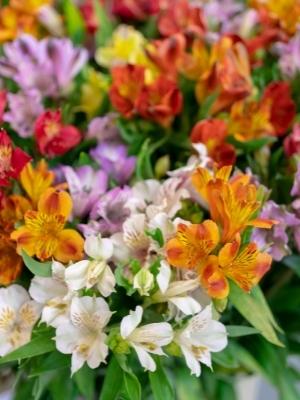