Caring for your Alstroemeria

It could be said that Alstroemeria are a bit like Goldfish. Such an easy pet. You just sprinkle a few flakes at them everyday and keep those air bubbles going and there you have it. Much ado about nothin’!

Well, in a similar way Alstroemeria are such vigorous bloomers they don’t need much encouragement to keep going and growing.

But how much care does an Alstroemeria really need?

Here are some guidelines to help you along:

All of the Alstroemeria plant varieties we grow are garden winter hardy but, for the first couple of winters while they are establishing, it will be best to mulch well to make sure your new plants are protected until they are well established and can get through the winter without any assistance.

Alstroemeria are reasonably drought tolerant but will need regular watering during the summer months. If your Alstroemeria are planted in containers these tend to dry out quicker so make sure to keep the ground moist but don’t over water.

Alstroemeria need free draining soil. This is essential for them to grow well and establish in the normal way. The root system doesn’t like to be waterlogged as this can cause the roots to rot and likely cause it to die.

Pick at the point when the buds are not yet open but have colour and looking ready to pop. They will last longer in the vase if picked at this point.

You’ll want to get hold of the stem about halfway down and give it a gentle twist followed by a sharp tug which will pull out the stem. This ensures that there are no pieces of stem left to rot which can cause fungal disease to build up on the root.

Pulling the flowering stem at the base and ripping it from the ground also encourages the plant to re-flower as it produces another bud under the ground. They‘ll then keep producing an endless supply of flowers for every vase in the home throughout the Summer.

It is best to allow the plant to become firmly established (so at least one Summer to pass after planting) until employing this method. You can still have fresh flowers by cutting them instead until the roots have had time to establish.

Once all the flowers in a cluster head have faded and died, remove the whole stem with a gentle tug, the same method as picking. This encourages further flower stems to sprout and keeps the plant looking neat and tidy. It also prevents it from wasting energy on producing seeds at the expense of more flowers.

So a little more care and maintenance than a Goldfish but totally worth it! 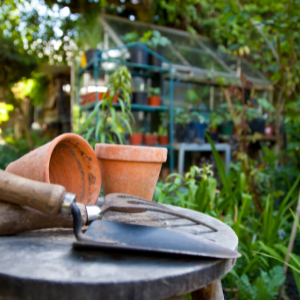 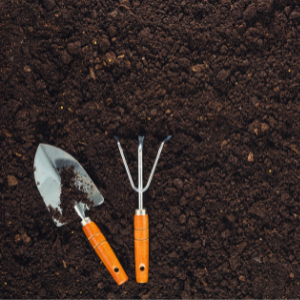 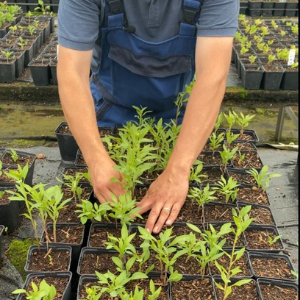 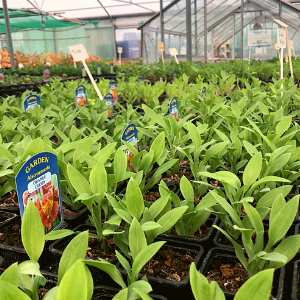 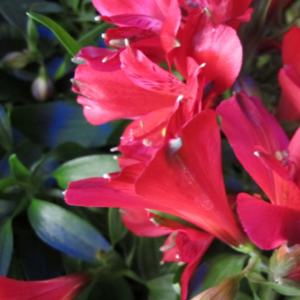